The Free Election and Right Program within KDI is committed to contribute to ensure integrity in the electoral process and achieve democratic standards through an objective and politically impartial observation. Informing and encouraging citizens to exercise their elementary right to choose and to be elected is one of the main pillars of the program. Our activity aims to discourage attempts for fraud, irregularities, and administrative mistakes, and help in resolving electoral disputes and creating an environment that guarantees legitimate and democratic elections.
Since its establishment, KDI has been engaged in regular activities throughout the electoral cycle, which means mobilizing NGOs and building their capacities to monitor and report on the electoral process, educate and raise awareness of voters about their electoral rights , advocating for genuine electoral reform and providing concrete recommendations to ensure a more efficient electoral process.

Being officially a member of the European Network of Election Monitoring Organizations, KDI intends to engage even outside the borders of Kosovo to monitor and guarantee the integrity of election processes that strengthen public confidence and encourage citizen participation in the elections.

KDI: VESELI WARNES THAT FROM JANUARY WILL INITIATE DISCUSSIONS WITH ALL POLITICAL SPECTRUM RELATING TO THE NEW PHASES OF DIALOGUE

All publications
Research and analysis

EU-mediated Kosovo-Serbia dialogue: A new attempt or resumption with the old approach?

KDI Opinion Poll: Citizens estimate the dialogue agreement will be determined by US and EU

INTERNAL CONSENSUS AS A PRECONDITION FOR CONTINUATION OF KOSOVO-SERBIA DIALOGUE 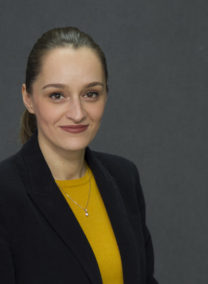 Jeta Krasniqi is project manager at the Kosovo Democratic Institute (KDI), leading the project to strengthen the Assembly’s oversight role towards Government and increase the participation of citizen in the Kosovo-Serbia dialogue process.

Previously, Mrs. Krasniqi served as Political Advisor to the President of Kosovo, Atifete Jahjaga, where she was engaged in the field of foreign policy, economic development, promotion of human rights and gender equality. Mrs. Krasniqi was the Coordinator of the National Council for Survivors of Sexual Violence during the War established by the then President of Kosovo, Atifete Jahjaga. Mrs. Krasniqi has a long-standing commitment to civil society organizations in advancing the role of women in society in Kosovo and Albania.

Krasniqi is a board member of the Kosovo Women’s Networking Board and the Kosovo American Educational Fund (KAEF), as well as a member from civil society in the Governmental Commission for the Verification and Recognition of Sexually Abused during the War. 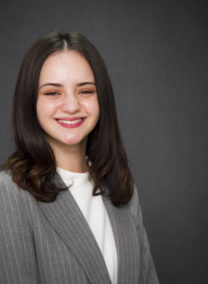 Agnesa has completed bachelor studies at the University of Prishtina in the Department of Sociology. She is currently completing master studies in the same department, while a part of her master’s studies have pursued in the University of Graz, Austria with a scholarship from Erasmus +. Before engaging in KDI, Agnesa has been engaged at the Institute for Social Studies and Humanities within the Faculty of Philosophy. Since March 2016, Agnesa has joined the KDI team as Researcher / Monitor, in the project for monitoring the work of the Assembly of Kosovo and for monitoring the elections. 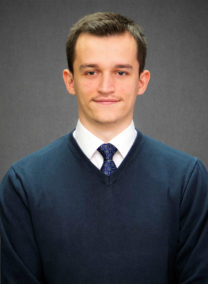 Eugen Cakolli is part of KDI team since 2016. He began working on monitoring the work of Assembly of Kosovo, within the program for Democratization and Parliamentary Practices. Previously he worked for International Foundation for Electoral Systems (IFES).

Right now, Eugen is working as Project Officer on the project for empowering the first-time voters as part of the Political Accountability program. He also added valuable contribution to the Democracy in Action by holding a position as the Coordinator of the Election Observers.

Currently Cakolli, is enrolled in University of Pristina and undertaking a Masters Studies for European Integration and Public Administration, while conducting several research papers. 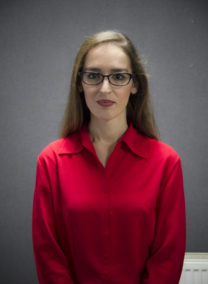 close Researcher
Ms. Haxholli began her civil society career in 2012, when she joined the Kosovar Institute for Policy Research and Development (KIPRED). During period 2012-2016 she worked on projects related to public administration and European integration.  In September 2016 she joined KDI as researcher and she currently works in a project aimed at strengthening parliamentary oversight of the executive and increasing citizens’ participation in the Kosovo-Serbia dialogue.