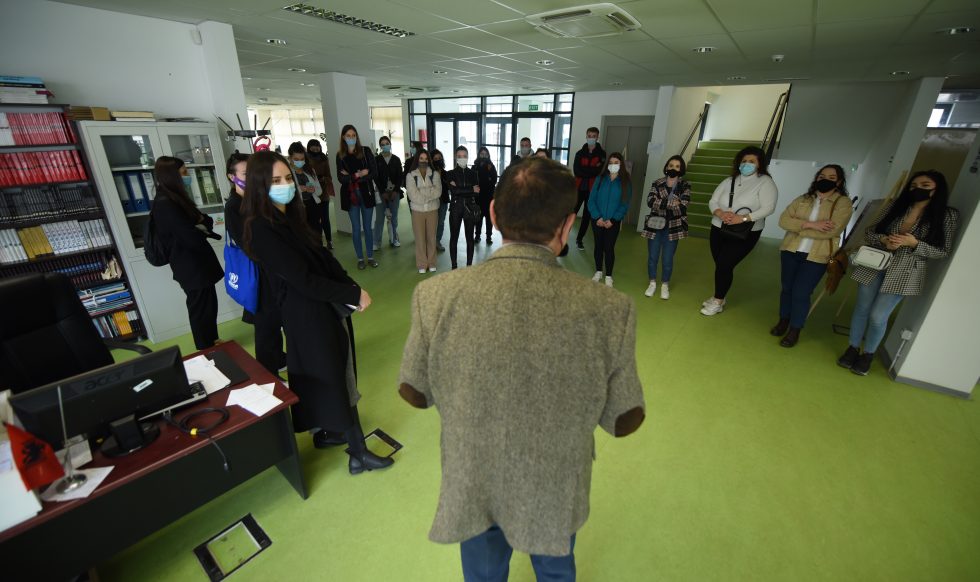 Last week KDI organized an all-day visit with civil society representatives and students to several localities in Lipjan and Mitrovica. The purpose of this activity was to visit projects that were supported financially by the EU in the municipalities of Kosovo, and that have directly helped improve citizens’ well-being. This visit served as a good opportunity for participants to have an overview of EU local investments and use of public funds, but also as a forum to meet with representatives and decision makers from the respective municipalities.

With a group of 25 participants, we first visited the Library and Archive in the municipality of Lipjan, where we were received by the Head of the Cultural Centre, Mr Selman Jashanica, and the Head of the Archives Sector, Mr Enver Haziri. The two representatives of the municipality presented before participants the two projects that were funded by EU institutions, their construction processes, conditions offered by these facilities and benefits that such constructions have brought to the municipality and citizens of Lipjan. Meanwhile, participants were interested to know more about students and pupil’s interest for utilizing services provided by the new library and its capacities to satisfy the demands, and the aforementioned municipal representatives responded to their questions.

A visit of similar nature was done to the municipality of Mitrovica, i.e. in four different locations, with regard to projects built with EU’s financial support, in which case we were received by the Head of the Infrastructure Department, Mr Fisnik Ibrahimi, and Head of Urbanism Department, Mr Florent Abrashi, from the Municipality of Mitrovica. Projects such as the Iber River Bridge, the Iber River promenade, and the town square, were presented by the municipal representatives who, inter alia, also explained the investment’s costs, background and benefits to the participants.

Meanwhile in POE Multifunctional Centre “Omni Sport”, which was the fourth project visited, the Chief Executive Officer of POE Multifunctional Centre “Omni Sport”, Mr Sami Zeka, informed participants about the services this centre offers to citizens, especially to students, for development of courses on many types of sports. Among other things, he mentioned the great interest of citizens from all municipalities of Kosovo to use this centre’s space and services, given it is one of the largest centres of its kind in Kosovo. He also mentioned challenges faced by them as an enterprise, i.e. the financial cost needed for proper maintenance and operation.

This activity was carried out within the project “Promoting common values across Europe”, funded by the program “Europe for Citizens” and implemented by KDI, together with three partner organizations, two branches of Transparency International in Hungary, Macedonia, and the organization “Forum of Experts” from Romania.