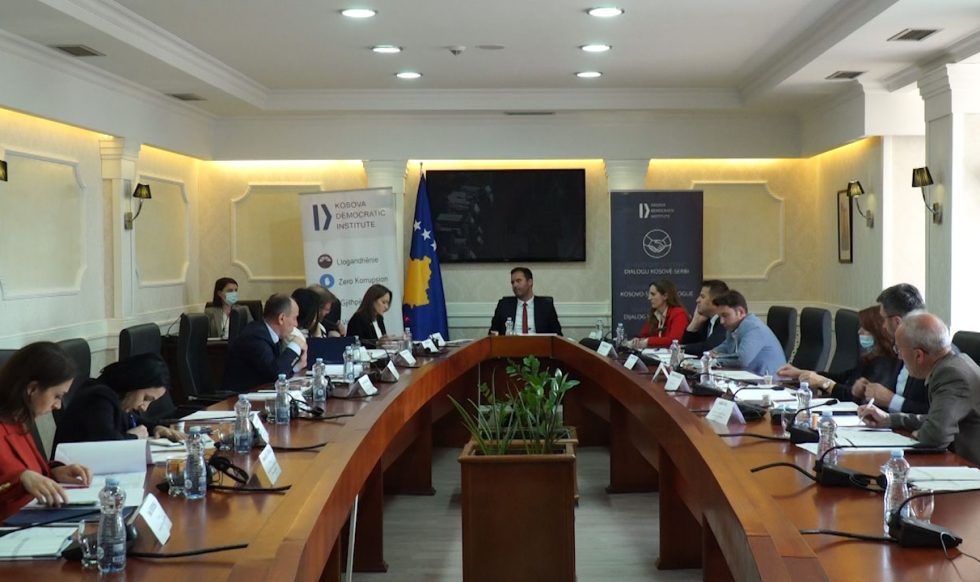 At the beginning of this meeting, the Assmbly Speaker, Glauk Konjufca, stressed the need for cooperation of the Assembly with civil society, and in particular the modalities of assistance that KDI can provide within the oversight work of the committees. He assessed that although so far the parliamentary committees have not dealt specifically with the dialogue and its topics, the maping of agreements according to each committee, which has been done by KDI, will help the committees to monitor the implementation of relevant agreements as effectively as possible. In the end, he stated that today’s meeting, is wat to open the door to the dialogue with civil society, in relation to the dialogue with Serbia.

The chairmens of the parliamentary committees expressed their views on the dialogue process so far, as well as the specific dialogue agreements that fall within the scope of activities of the respective committees. In this regard, it was requested that there be clarification of the legal status of each agreement and their re-evaluation, but also repositioning on the new phase of the dialogue, in order to enable an even more effective oversight. Also, the chairmens of the commissions, thanking KDI for its assistance and contribution, expressed the willingness for further cooperation, as well as the willingness to continue with supervisory activities in the future.

During this meeting were published the main findings from the monitoring report of the work of the Assembly regarding the Kosovo-Serbia dialogue, throughout the seventh legislature, including developments in plenary sessions and the work of parliamentary committees. Violeta Haxholli, researcher at KDI, during the presentation of this report, stated that in the sessions of the Assembly, dialogue was addressed or discussed in 38% of them, while only in 14% of the meetings of parliamentary committees. Regarding the parliamentary committees, it was emphasized the small number of invitations to the ministers for reporting, with only four of them during the last legislature, as well as the realization of only three field visits. In this regard, it was recommended that parliamentary committees conduct such visits as much as possible, in order to receive first-hand information on the implementation of various dialogue agreements.

You can see the full meeting here.