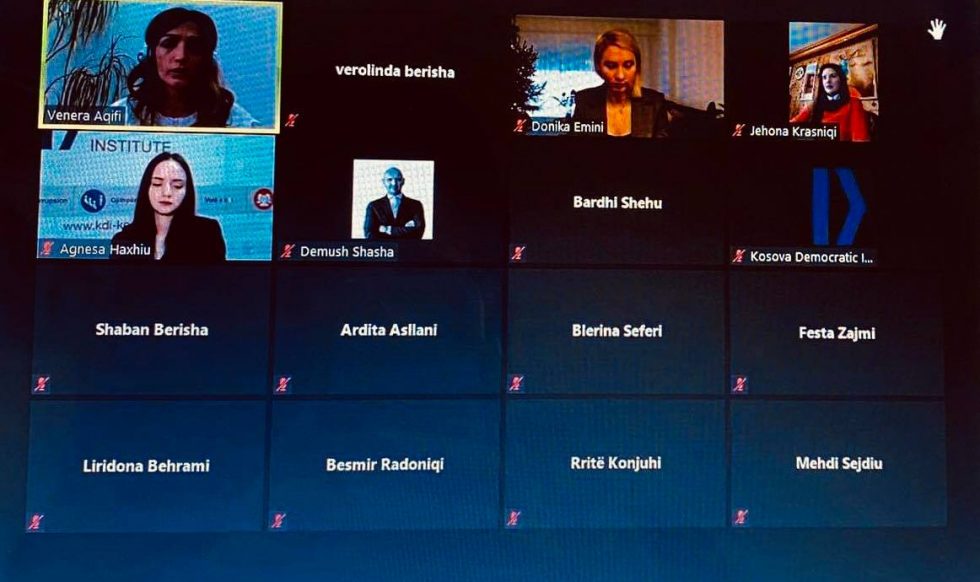 IMPLEMENTATION OF EU SUSTAINABLE DEVELOPMENT AGENDA A CHALLENGE FOR KOSOVO

In this virtual roundtable was discussed about the policies of the European Union regarding the promotion of sustainable development inside and outside the EU. Furthermore, experts of this field have given their perspective on what are the opportunities and challenges for Kosovo to implement these policies and the link between sustainable development policies and the EU membership process.

Demush Shasha from EPIK Institute, speaking on the content of the 2030 agenda approved by the United Nations Assembly, said that it has been adopted by the EU and from the 17 UN Sustainable Development Goals, in 2019 the European Commission has organized them into 6 political priorities for 2019-2024 including the green agenda, the inclusive economy, the transition to the digital economy, European standards, the EU as a global power for democratic standards for third countries, the promotion of European democracy for the EU countries themselves. In his speech, he also emphasized the fact that Kosovo has two main challenges in the implementation of this agenda, which according to him are the lack of political will and the lack of administrative capacity for the complex planning required by this process.

While Venera Aqifi from GIZ, while talking about the connection between the European integration process and the agenda for sustainable development, said that these two processes are related to each other because the results of one field affect the results of the other field. Showing the EU plan for the Western Balkans in terms of the green agenda in accordance with the EU Green Pact, she praised the work done by the Assembly in overseeing the implementation of this agenda by establishing the Council for Sustainable Development and the Parliamentary Group of greens overseeing this process.