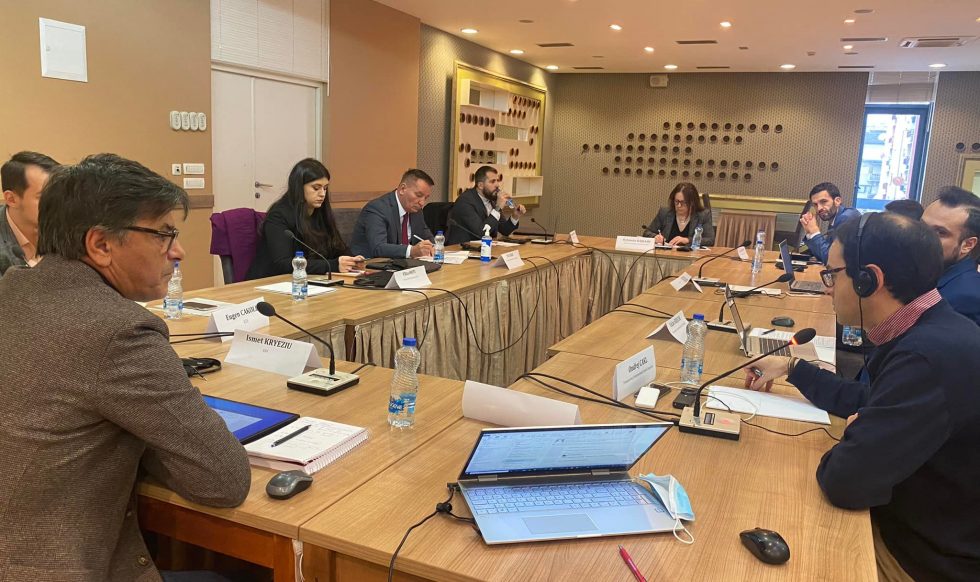 Part of this meeting were the representatives of the parliamentary groups in the two above mentioned parliamentary committees, Mrs. Yllza Hoti and Mr. Eman Rrahmani from LVV, Mr. Mërgim Lushtaku from PDK, Mrs. Hykmete Bajrami from LDK, Mr. Pal Lekaj from AAK.

On the other hand, the representatives from IT Czech Republic, Ondreji Okal and Vaclav Krejcar informed the MPs that they are part of the two above-mentioned committees regarding the good practices of regulating the financial transparency of political entities that could be included in the Law, which regulates this issue.

This meeting was organized with the support of the Ministry of Foreign Affairs of the Czech Republic in the framework of the Transition Promotion Program through the SE.S.TRA project. implemented in cooperation with Transparency International Czech Republic.