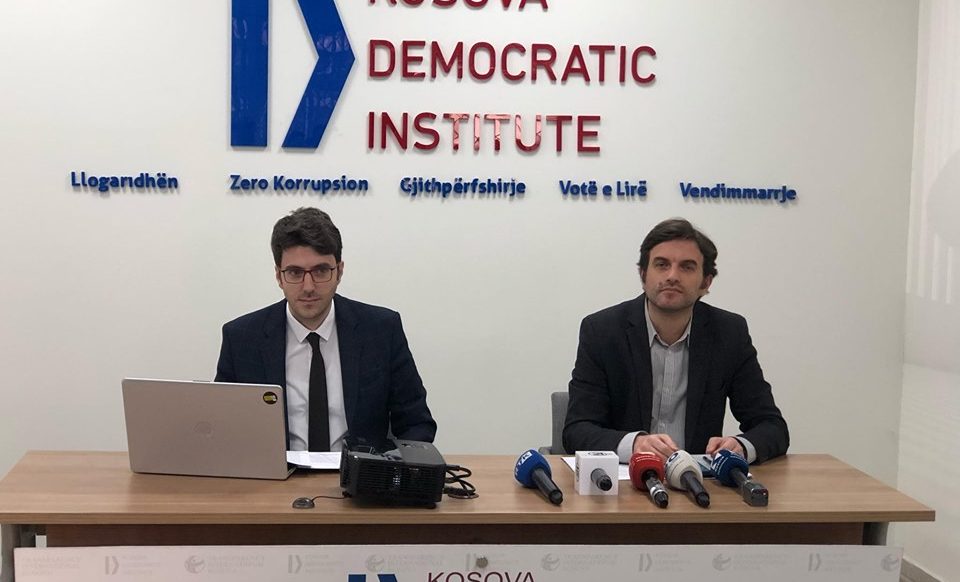 KOSOVO IN CPI – REGRESSION CONTINUES IN THE FIGHT AGAINST CORRUPTION

The Corruption Perceptions Index (CPI) results for 2019 place Kosovo even lower in the world rankings published today by Transparency International. This was announced today during a press conference held by the Kosova Democratic Institute (KDI), a national chapter of Transparency International – the global network in the fight against corruption.

On this occasion, Arben Kelmendi from KDI, emphasized that similar to previous years, Transparency International (TI) has published the results of the Corruption Perceptions Index, through a sophisticated methodology that analyses data from reports of international credible organizations such as Freedom House, World Bank, Bertelsmann Foundation, Global Insight and Varieties of Democracy. The index utilizes a 100-point rating system in which the maximum rating means ‘a country free of corruption’ while a zero point rating means ‘highly corrupt country.

Kelmendi announced that globally, out of 180 countries participating in this assessment, Denmark continues to lead the global ranking scoring one point less than the prvious year (87 points) same as New Zealand. Finland is ranked third with 86 points, followed by Singapore, Sweden and Switzerland with 85 points.

Florent Spahija from KDI, stated that Kosovo with 36 points this year lost another point in the CPI rating system (from 37 in 2018 to 36 points) and consequently dropped from 93rd to 101st position. “Kosovo shares this position with Bosnia, Panama, Peru and Thailand. With 36 points Kosovo is still far from the global average of 43 points, while the European average is increased to 66 points. Kosovo’s poor ranking in this year’s Index is mainly attributed to fragile rule of law institutions, high level of impunity in corruption case, lack of accountability of public officials, insufficient transparency and narrowing of the scope for civic participation.” he added.

According to Spahija, another interesting finding from comparing results for countries in the region shows that the whole region continues to go through a period of stagnation, and none of the

countries in the region recorded any increase compared to last year. State capture is one of the main obstacles to fighting corruption and establishing justice.

According to KDI, Kosovo must urgently focus on three areas in order to make progress:

Fight against corruption – Despite recent changes in legislation, the establishment of working groups and the follow-up mechanisms for high-level corruption crimes, the fight against corruption continues to be one of the main challenges of Kosovar society. Local institutions should not be overwhelmed by the positive signals from EU institutions on the progress made in this area. All research identifies the high levels of nepotism, party affiliated employment, political appointments on the boards of public enterprises and so on.

In the field of public procurement, transparency is required at all stages of the procurement procedure, publication of contracts (contracts for highways: “Ibrahim Rugova”, “Arbën Xhaferi” and the highway to Gjilan), proper management of public contracts and establishment of the level of accountability of public officials”, added Spahija.

KDI, as part of Transparency International, calls for an open and transparent society and believes in a Kosovo where the government, business sector, civil society and citizens are free of corruption. All citizens who are aware of cases of corruption can report to the KDI free hotline 0800 77777.

The Corruption Perceptions Index published by Transparency International can be found here.