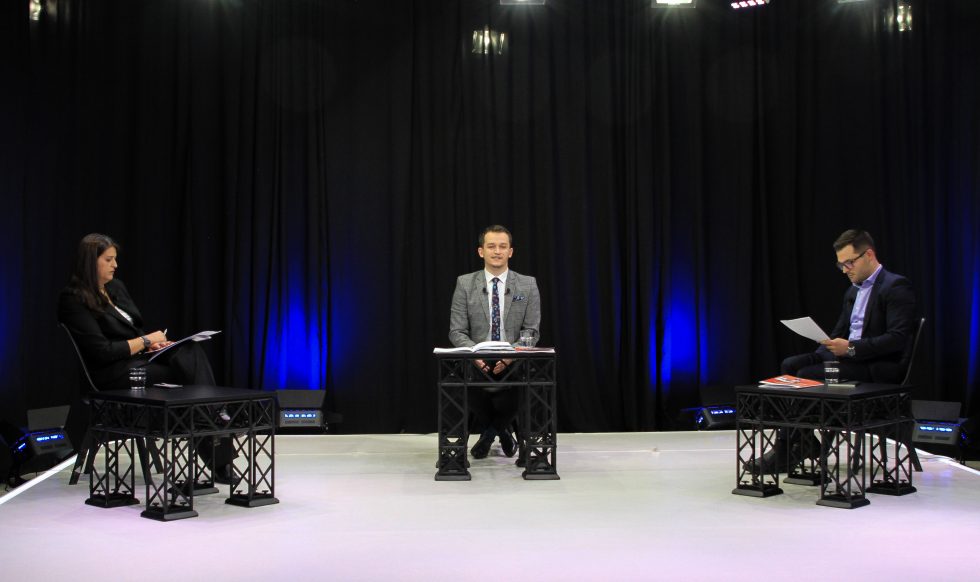 “Democracyin Action” calls for initiation of the election process reform

The network of national organizations for observing elections “Democracy in Action” (DiA) today published the final reports in relation to the assessment of the early parliamentary elections held on 14th of February.

Eugen Cakolli from DiA considered that elections have been held in compliance with the democratic standards for free and fair elections. “The exception to such classification is the voting in Serb-majority municipalities, whereby it was evidenced that there was organized voting for two political parties among the communities, as well as an unusual voter turnout of up to 85%.” added Cakolli.

The Election Day was peaceful, without incidents that would impact the integrity of the election process. Although the voting process was regular, the same was reportedly characterized by problems repeated from earlier election cycles, and unsatisfactory levels of adherence to anti-COVID measures.

The vote counting process, particularly for the votes of candidates from political entities, was considered as one of the main problems of the election process. The implication of persons suspected for criminal offences of falsification and manipulation of election results at the CRC, proved by the publication of a videorecording, has reportedly eroded the credibility of the process. With regards to recounting, it was pointed out that although the number of polling stations subjected to recounting of votes is significantly smaller compared to the 2019 elections, the recounting of around 700 ballot boxes or 29% of the total number of polling stations, followed by the recounting of conditional and mail ballots for a political entity, reveals the deep politization and lack of integrity among some commissioners and staff of the CRC.

Although the CEC work was considered as transparent, it was highlighted that unlike earlier processes, in these elections the work of the CEC was characterized by polarization and verbal confrontations between CEC members. Also, the work and independence of CEC was infringed by interferences of external parties. Whereas, the President of CEC was the target of numerous attacks by “Lëvizja Vetëvendosje” and other parties.

The voting operation abroad and certification process of political entities and their candidates were considered as the two most sensitive and problematic chains of these elections. In addition, the institutions in charge of addressing complaints and appeals related to elections acted professionally and impartially in handling complaints and appeals, by adhering to all legal time limits set.

On the other hand, the DiA launched the report related to the monitoring of the election campaign, where findings were presented by Visar Xhambazi from DiA. The main finding of this Report is that the election campaign was peaceful and without any serious incident. Whereas, it was emphasized that a significant part of events organized by public entities have not been reported to the relevant institutions (MEC). “The most common activity during the campaign was door-to-door visits to citizens, as well as visits to certain institutions. These activities were characterized by large gatherings of citizens, not adhering to the rules for physical distance and proper wearing of masks” stated Xhambazi.

Also, the campaign was reportedly characterized with the low women participation in election campaign events as participants and speakers. Moreover, this campaign was characterized with elements of hate speech. Provision of access for persons with disabilities in areas where political entities have held the election campaigns activities remains an issue. Whereas there were no reports of media and civil society organizations being prevented from observing and following the campaign activities.

DiA also published findings from the monitoring of media during the campaign period. Mexhide Demolli-Nimani from DiA stated that during the official election campaign (3 – 12 February 2021), the coverage of the certified political entities activities was monitored in terms of presentations in national televisions, including election chronicles and advertising videos, gatherings broadcasted live and livestreams from portals. In these elections, DiA also monitored activities of political entities and candidates for Prime Minister in Facebook via the SentiOne platform.

Demolli-Nimani stated that the main findings from the monitoring show that the monitored televisions have been dominated by the large political entities, which had coverage in both election chronicles and television debates. The media coverage was characterized by an emphasized discrepancy between male and female candidates. During these elections, we have also evidenced 60 advertising video spots, which lacked information on whether they have been sponsored or not.

During these elections, the Independent Media Commission has reportedly imposed warnings against five televisions for violations before the official launching of the campaign. “IMC has also fined 8 televisions for violations of law during the official period of the election campaign, where penalties from EUR 2000 to 75000 have been imposed. The monitoring has identified 60 advertising video spots of political entities that are longer than 2 minutes, which is in contradiction with the Law on Elections” she stated. Whereas from a total of 1,437 posts monitored in Facebook, it was pointed out that the content of only six of them was related to the COVID-19 pandemic.

Democracy in Action also provided recommendations for improving the election process, which should be addressed through an election reform that is based on the principles of inclusiveness and transparency.

Recommendations addressed by the report include the election system, administration of the election process, bodies responsible for managing elections, management of elections in the pandemics, voting abroad, ballot design and voters information, election campaign, financing of political entities during the campaign, list of voters, gender representations and election justice.

Full video from the publication of reports is available here.

Final report on the observation of elections can be downloaded in the following links: ALB; ENG; SRB.

Report on monitoring the election campaign can be downloaded in the following links: ALB; ENG; SRB.

Report on monitoring the media during the election campaign can be downloaded in the following links: ALB; ENG; SRB.