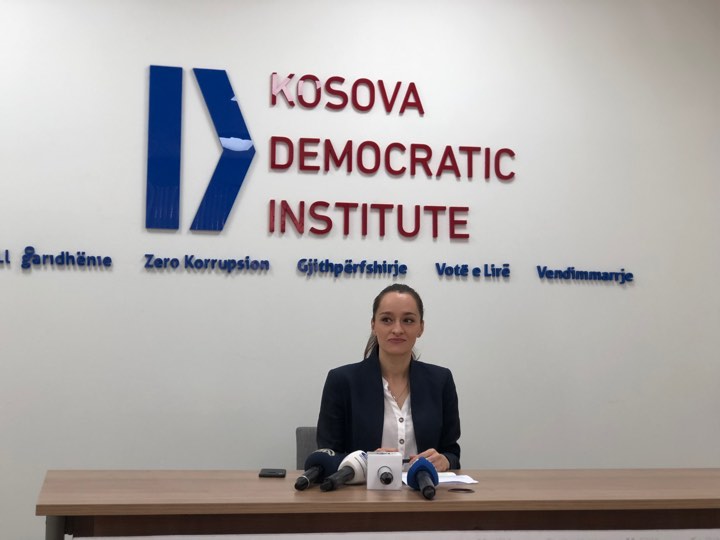 Following the Constitutional Court judgment, the dialogue is to be led by the Prime Minister and overseen by the Assembly

The Kosovo Democratic Institute (KDI) held today a press conference following the judgment of the Constitutional Court regarding the Law on the Tasks, Responsibilities and Competencies of the State Delegation in the Process of Dialogue, whereby providing recommendations on the future of this process.

According to Krasnqi, before voting the Law in the Assembly, KDI has shared with the MPs of the Assembly an analysis of this Law where it raised issues related to the allocation of powers, institutional hierarchy and other deficiencies accompanying this law.

The KDI has consistently demanded that the political spectrum reach consensus on the issue of dialogue, welcoming the initiatives undertaken in this direction that brought the discussion back to the Kosovo Assembly. This unity of the political spectrum failed to be formalized even after the efforts through the establishment of the State Delegation in December last year.

About six months after the establishment of the Delegation, it can be concluded that its functioning and its role have been marginal, both in achieving internal consensus and representing Kosovo in the external plan. The role of the Delegation has been limited to holding coordination meetings with the country’s institutional leaders or informative meetings with various international factor officials and diplomatic representatives accredited in Kosovo.

The organization of summits by Chancellor Merkel and President Macron generally have been seen as new formats of meetings for the possibility of unblocking the dialogue between Kosovo and Serbia, where the main protagonists were the President and Prime Minister of Kosovo.

The period following the Berlin Summit was characterized by ‘flying diplomacy’ during which the State Delegation met with international officials who visited Kosovo. In the framework of planning for holding the Paris Summit, Prime Minister Haradinaj had ensured the delegation’s participation at this summit and had invited other opposition entities even if only in the capacity of observers. However, despite the participation, it was determined that Kosovo’s representation would be made based on the institutional hierarchy, meaning that the Delegation would be the last representative mechanism at the Paris Summit. However, the postponement of the Paris Summit meant that the dialogue between Kosovo and Serbia would not continue for an indefinite period due to the unchanged stances of the parties regarding the 100% tax.

She added that: “The entire period of functioning of the State Delegation was accompanied by a lack of transparency and accountability vis-à-vis the Assembly, civil society and citizens in general. The non-transparent practice was also observed in terms of expenditures and employment in the Delegation, respectively in its administration, for which the Government had allocated funds in the amount of EUR 300,000.”

Taking into account all the developments following the establishment of the Delegation, especially after the Constitutional Court’s judgment regarding the Law on State Delegation, KDI provides the following recommendations concerning the upcoming phase of the dialogue: