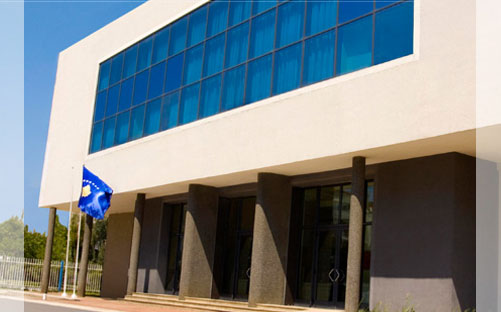 KDI: OPOSITION WITH KEY ROLE ON IMPROVING THE PERFORMANCE OF THE ASSEMBLY IN 2018

The Assembly of the Republic of Kosovo during 2018, compared with previous years, has increased its performance, especially in numerical terms. The Assembly held a total of 42 sessions this year, out of which 23 were plenary sessions, 16 extraordinary and 3 solemn sessions. Progress has been noted in meeting the legislative agenda (from 36% in 2015 and 2016 to 42% in 2018), in legislative initiatives, in initiating interpellations and in filing parliamentary questions.

Despite the positive performance in numbers, the lack of quorum has characterized the work of the Assembly for 2018, where in the impossibility of decision-making, most of the plenary sessions held have been postponed for other days. Even when the quorum was present, many laws were not voted, since the deputies did not participate in the voting process. Consequently, many unfinished agenda items from various sessions have been assembled and deployed in a single session. As a consequence of these actions, the Assembly has not yet managed to end all initiated issues, including issues that have been on the agenda of sessions since September.

Based on the Rules of Procedure, the Kosovo Assembly begins the plenary week on Thursday to continue on the following day in the event of non-completion of all points. In the past, the Assembly has followed this practice and has ensured that the agenda is not overloaded. Moreover, the schedule of Assembly Presidency meetings, plenary sessions of parliamentary committees has been well known and implemented. Such a proper organization of work was not observed in 2018.

Of the 75 laws adopted this year, MPs from opposition parliamentary groups voted in their vast majority. 38 out of 75 laws adopted this year are laws deriving from the SAA or ERA as well as international agreements, and all have been voted by opposition MPs. Moreover, many other laws, such as the laws on the transformation of the KSF, the Law on the Capital, etc. were also voted by opposition MPs. Overall, there are only 11 laws that were approved without the participation of the deputies of the two major opposition groups, LDK and VV.

The adoption of laws, in some cases, has been followed by violation of the Regulation. According to the latter, each amendment should be voted as special, but in practice, in many cases, all the amendments are voted in the group. Also, the Assembly continued this year with the practice of reviewing draft laws in an expedited procedure, where 11 of the adopted laws were reviewed in such way. The number of public hearings for reviewing draft laws this year is very small in relation to the number of laws that have been passed. Of the 75 adopted laws, excluding 19 international agreements, for 56 other laws adopted by the Assembly only for 12 of them public hearings were organized, while 44 other laws were reviewed and approved without consultation with the public.

As for parliamentary oversight, during 2018 opposition MPs have initiated 13 interpellations and 19 parliamentary debates, larger than during the past legislature. Also, during this year 275 parliamentary questions were posed, and 81 reports to the Parliamentary Commissions by the executive. Although there were a large number of parliamentary questions, they were read for several consecutive sessions by submitting MPs due to the lack of the government cabinet in the proceedings of the Assembly. Out of the questions put forward, 61% of them received a response from the cabinet.

During 2018 the Assembly has regressed in financial transparency. So far, only the report for the first six months of 2018 has been published. Based on the financial reports for the first six months of 2018 (January to June), which have been published by the Kosovo Assembly, it is noticed that MPs has made a total of 210 trips abroad, which have cost in total € 172,616. Only for the period April to June 2018, the expenses of MPs on trips abroad increased by 86% compared to the first quarter of the year. Based on the financial report, it is noticed that 78 of the 120 MPs have made trips abroad. However, financial reports do not provide information regarding the purpose of MPs’ visits and the duration of these visits.

The Kosovo-Serbia dialogue continued to be the dividing point between the parliamentary parties in the position and the opposition. Although meetings between the President of Kosovo and Serbia started in June 2017, the Assembly delayed more than a year to pay close attention to these meetings and to articulate its role in what was called a new phase of dialogue between Kosovo and Serbia. Only recently, concretely on 15 December 2018, the Assembly succeeded in adopting a resolution for this phase of the dialogue after six failed attempts by both ruling and opposition parties.

In the end, after all the efforts, broad consensus among the political parties for a joint resolution was not reached because the resolution found the support of only 59 MPs. During 2018 the Assembly did not discuss in the plenary sessions neither the Report on Achievements and Challenges in the Implementation of Brussels Agreements drafted by the Government of Kosovo in June 2018 nor the State Platform for the Dialogue between Kosovo and Serbia which was brought by Government on June 5, 2018. These documents were only discussed in the Committee on Foreign Affairs, Diaspora and Strategic Investments.

1. The Assembly should retake the practice of holding sessions on Thursday, possibly Friday, as foreseen by the Rules of Procedure, in order to give space to parliamentary committees to hold their meetings in other days. This would reduce the likelihood of failure either of the sessions or committee meetings and the collection of issues to be considered.

2. The absences of MPs should be regulated through the new Rules of Procedure of the Assembly. The current regulation does not foresee any punitive measures for MPs who do not participate in the proceedings of the Assembly, and offers the possibility of non-participation at work for six months in a row.

3. KDI invites the Kosovo Assembly to publish expenditure reports on time and to provide details on the expenses and goals of MPs’ visits abroad.

4. KDI recommends respecting the Rules of Procedure of the Assembly during the review and approval of draft laws. The Assembly should not adopt laws by accelerated procedure, should address in particular each proposed amendment and encourage public discussion of draft laws through public hearings and citizen involvement in decision-making.

5. KDI invites MPs to be more cooperative and more open to reach a comprehensive consensus on the dialogue with Serbia, since 2019 is expected to be vital to this process and the final agreement with Serbia should serve as a reason enough to bring together the whole political scene in the country, especially in the Assembly.