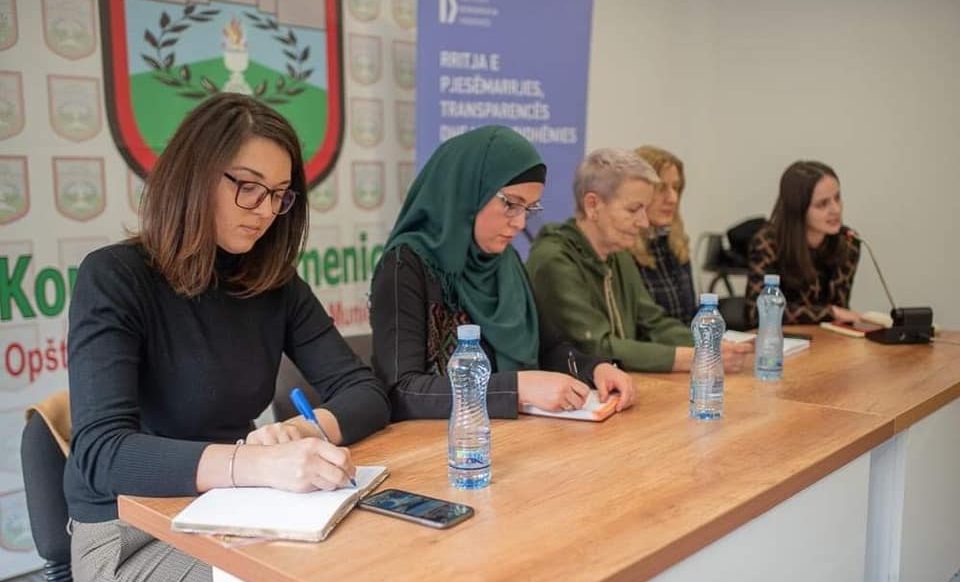 Kamenica’s citizens debate with MPs, education reform remains a concern for them

In the municipality of Kamenica the following discussion was held between the citizens and the deputies of the Assembly of Kosovo, in order to increase the accountability and transparency of the Assembly.

The meeting was attended by MPs: Lirije Kajtazi (LDK), Labinote Demi – Murtezi (LVV) and Arbëreshë Kryeziu – Hyseni (LVV). During this public discussion, the citizens submitted a number of requests and recommendations to the deputies that were present.

Some of the highlights of this discussion were the recent education reform in this municipality, the migration of young people from the country, the small number of capital projects in the municipality, the increase of the budget for the education sector in municipalities, the initiation of – amending the Law on Public Procurement etc. Also discussed was the issue of opening gambling businesses on the border between Kosovo and Serbia, near the village of Karaçevo, for which a central level solution was sought. The MPs present pledged to raise these issues in the Assembly.