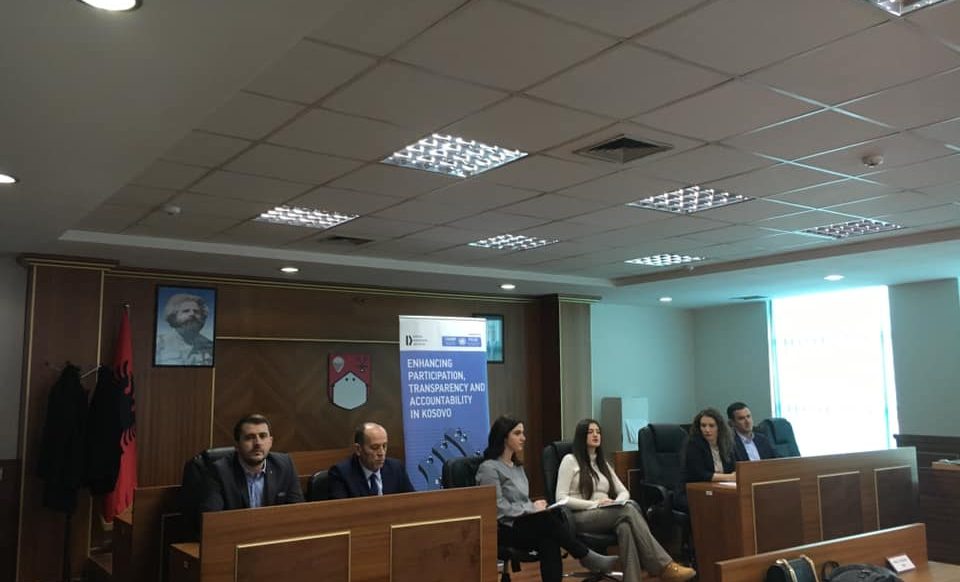 Citizens of Skenderaj discussion with MPs, unemployment is their main concern

As part of the second round of public discussions between the citizens and the members of the Assembly of Kosovo, in order to increase the accountability and transparency of the Assembly, a discussion was held in Skenderaj today. The meeting was co-organized by KDI and IQS, and attended by the following MPs: Ariana Musliu-Shoshi, Sejdi Hoxha, Mergim Lushtaku and Ferat Shala.

The aforementioned received a series of requests and recommendations from citizens including issues related to youth unemployment, their migration abroad, nepotism in employment, and the fight against corruption. They also discussed stagnation and problems with foreign direct investment in the municipality, malfunctioning of the business park in the village of Morina, irregularities in the allocation of government subsidies for civil society, as well as the allocation of grants for agriculture, etc. The MPs present, pledged to raise these issues in the Assembly.