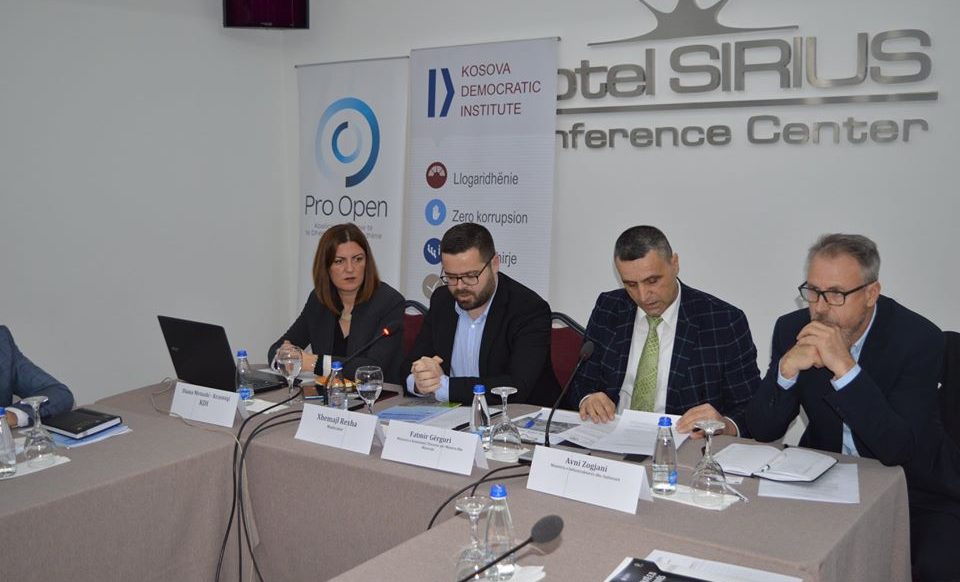 According to the Kosovo Environmental Protection Agency (Cadastre of Wastewater Pollutants), 72% of river pollution comes from sewage networks, while according to World Bank reports, around 760 people in Kosovo face premature death each year from exposure to air and environmental pollution.

To raise public attention on the damage and adverse effects of these projects on the environment, and in particular to demand immediate institutional action, KDI today published three research reports that reveal the degradation of the environment by capital investments in Kosovo that are of public interest. These studies in particular address three important topics, such as the construction of the Hydro Power Plant in Lower Biti, the pollution of rivers by sewage discharge and the damage of forests by stonemasons.

While elaborating the main findings, Diana Metushi Krasniqi from KDI emphasized that “environmental degradation through these projects is causing problems for the wellbeing, health and safety of Kosovo citizens. According to KDI, these are happening as a result of a lack of administrative guidelines that meet legal requirements, the collision between state strategies, and a lack of accountability. In the last three years alone, public institutions have awarded contracts worth over € 1 billion for the construction of roads and sewer networks, with minimal environmental protection measures. She added that “to overcome this situation it is extremely important to build genuine cooperation between government departments, update national laws and strategies, and increase the level of public accountability”.

Avni Zogiani, deputy minister of the Ministry of Infrastructure and the Environment, highlighted the problems of cooperation between the departments themselves within the ministry, and mentioned that the new government is committed to harmonizing legislation and promoting genuine expertise in environmental protection.

Meanwhile, Fatmir Gerguri, chief inspector at the Independent Commission on Mines and Minerals, raised concerns about illegal quarrying activities, and minor penalties despite reports by the institution. He further emphasized the problem of not engaging contracting authorities to combat these activities especially in public contracts. The consequences of illegal mining are not only damaging directly to tax collection, they are also resulting in poor quality of work where roads are being demolished immediately.