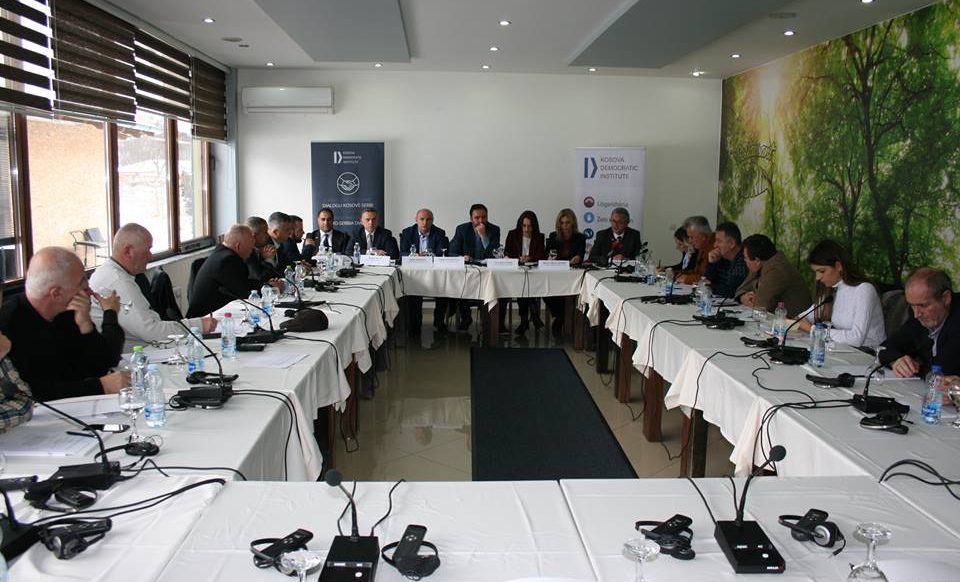 KDI: MPs assure citizens of Mitrovica that there will be no agreement between Kosovo and Serbia without recogniton

Jeta Krasniqi from KDI, at the opening of this meeting showed about the importance and symbolism of holding this meeting precisely in Kostovo, as, according to her, the agreements reached so far within the Kosovo-Serbia dialogue have affected mostly residents of this area. She added that KDI has consistently organized such meetings between citizens and MPs, aiming at inclusiveness, transparency and accountability of this process.

During the introductory addresses, MP Blerta Deliu-Kodra assessed that the adoption of the resolution regarding the Kosovo-Serbia dialogue process reflects the achievement of a party consensus on the position and opposition for a topic of high state importance. She added that “This resolution has codified the central role of the Assembly in this process, as the final body for overseeing this process, as well as the ratification of the eventual agreement.” MP Kodra-Deliu invited opposition parties to assume institutional responsibilities by becoming part of the dialogue, since, according to her, leaving the responsibility does not honor neither the citizens nor the political class.

The head of the parliamentary group of Vetevendosje Movement, Glauk Konjufca, stated that the need for consensus has degraded into a universal cliché. According to him, the content and quality of the process is more important than achieving consensus. Konjufca said that they disagreed with the position of the government regarding this process, and that Kosovo, since June 2008, has been lost continuously by the processes that have challenged Kosovo’s statehood. He has currently stated that the President and the Prime Minister are competing with two projects, the border correction – supported by the President, and the establishment of the Association of Serb Majority Municipalities without executive powers being postponed by the Government. As for the negotiating team, he estimated that the state delegation would only support President Thaçi.

Dukagjin Gorani, from the Social Democratic Party’s parliamentary group, responded to the question of what the new phase of dialogue warns, saying that from this stage is expected to conclude a troublesome process of a frozen conflict between Kosovo and Serbia. According to him, “Today there is a great time and calendar pressure exercised by the international community, that the final agreement between Kosovo and Serbia be reached by the first half of next year.” He stated that there will be discussions about 12 topics, but there will be no agreement on any of these topics without the formal recognition of Kosovo by Serbia. Whereas, in the event of failure to reach such an agreement, Mr. Gorani said the losers would be the societies of the two countries. In this process, according to him, discussions should take place in the spirit of what is acceptable to us, and not just what we are opposed.

Ahmet Isufi of the Alliance for the Future of Kosovo also reaffirmed the stance that the lengthy process of dialogue between Kosovo and Serbia should be completed. He announced that the draft agreement submitted by Prime Minister Haradinaj has a total of 16 chapters, which will be discussed as topics during the talks. Mr. Isufi did not rule out the possibility of any constitutional changes that may come as

a result of this phase of the dialogue. Regarding the possibility of exchange of territories, he ruled out this option, saying that the only epilogue of this process is recognition of Kosovo at the present borders. He warned other sanctions against Serbia if the latter does not improve its behavior toward the state of Kosovo.

Parliamentary Group leader of the Social Democratic Initiative, Bilall Sherifi, found that all political parties in Kosovo are opposed to the split option. He added that it would be desirable for LDK and LVV take the same role, as the dialogue process is inevitable. Concerning the adopted resolution, Sherifi stated that designing the representation in dialogue is a kind of triumvirate between the position, the opposition and the president of the country, disabling the dominant role of any party.

The meeting was attended by the 6th parliamentary group leader, Albert Kinolli, who offered full support to other non-majority communities for the ongoing process of dialogue between Kosovo and Serbia. He expressed confidence in the negotiation team for reaching a legally binding treaty that will pave the way for Kosovo to join international mechanisms, adding that the only outcome of the talks should be mutual recognition between the two countries.

On the other hand, citizens raised their concerns regarding the issue of Albanians returning to their properties in the north, representing the interests of the northern Albanians in dialogue and the best living conditions. They asked for more information about the composition and functioning of the negotiating team, especially in relation to the role of the President of Kosovo. Whereas, regarding the two options that were said to be in dispute, the border correction and the creation of the Association with executive powers, citizens asked to know if there are intermediate options that will be proposed by the Kosovar side.

Members of the Assembly of Kosovo stated at the end that the platform for dialogue will be conducted in consultation with local and international experts as well as with the citizens of the country.