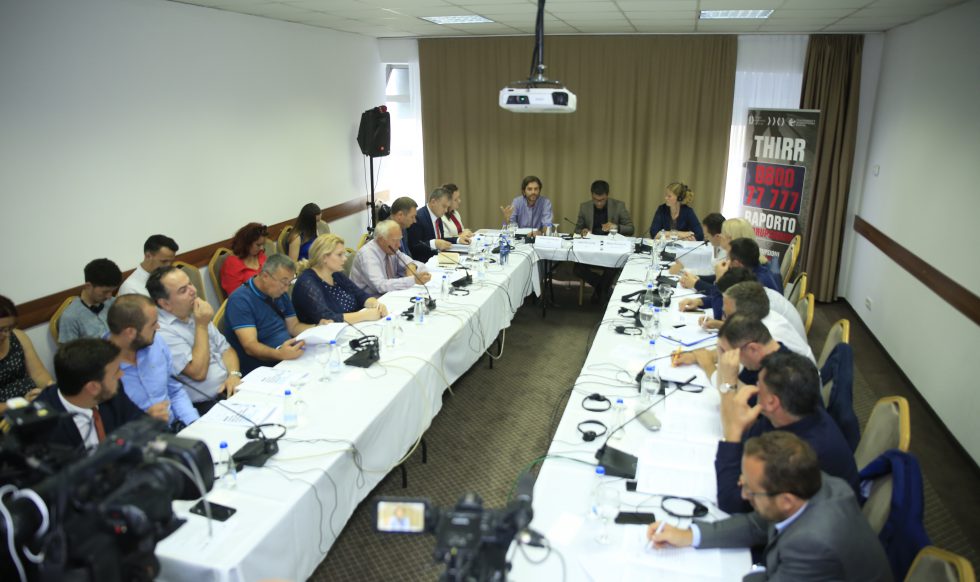 Kosovo Democratic Institute (KDI), on behalf of a regional program ‘’State Capture in the region of Western Balkans and Turkey”, program which is being implemented from the global network Transparency International, has held an open discussion and published the report titled ‘’Trading public health for private gain’’.

On the opening remarks of this event, the executive director of KDI, Ismet Kryeziu, has noted that this report contains analysis of some segments of the health sector that offer proofs on how private companies exercise influence on the state institutions for private gain and how these institutions also influence companies and as a consequence they cause considerable damages to our society.

Mona Niemeyer, Program Coordinator on Transparency International secretariat in Berlin has emphasized that the new European Commission’s strategy for enlargement, confirms that Balkans as a region appears to have some elements of state capture, hence they should fight corruption without compromises. According to her that can only be possible through two solutions, by increasing punishment mechanisms and continuous indictments. Niemeyer said that lately the so-called concept of ‘’state capture’’ has been recently mentioned and to her this means when political decisions are oriented away from the public sectors interests, thought corruption practices.

Meanwhile, Arben Kelmendi Program Manager of Anti Corruption team in KDI, has presented findings and recommendations of ‘’Trading public health for private gain’’ report. This report argues that state capture in Kosovo is identified by its presence in particular dimensions of the public healthcare system.
Kelmendi stressed that there is a general propensity of this system to orient people to private operators; which results on higher payments of medical services and products by the people. ‘’The specific mechanisms of how this is done, are illustrated in this report through analyses of specific processes, respectively a specific case of referrals from public healthcare institutions to the private operators and public procurement practices of medications supply and medical services, issues that cause insufficient supply in public healthcare institutions and obliges citizens to buy privately’’ said Kelmendi.

Based on the findings of the report, Kelmendi noted that it is recommended to lower political and commercial influence in Ministry of Health and other relevant and responsible institutions, to solve many problems that are related to medications procurement and other medical supply which reduces its availability and quality.

Moreover, to strengthen the identifying, reporting and preventing mechanisms of legal violations from the healthcare officials, support technical capacity building of the state prosecutor for treating medical cases, increase transparency related to financing the campaign, meaning that the specific relations between private pharmacy companies, medical services and political parties to be clear and  implement promises as for European Union Integration process and pressure the political elite toward reforms.